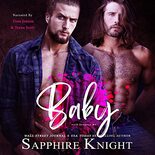 Baby  by Sapphire Knight, DUET with Dom Jonson
One's a Sinner, the other a Saint...but can you guess which one? One of them will carve you up the second you turn your back, the other will f--k with your mind. One has a kind heart, while the other has no soul. One of them meets Baby, thinking he can keep her for himself, but one of them...isn't ready to share. One loves her, while the other loves him...who will win in the end? Stand-alone, HEA, MMF 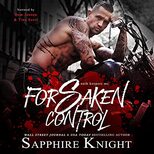 Forsaken Control by Sapphire Knight, DUET with Dom Jonson
Ares: I was suffocating until the club saved me. I've sent the pain below, buried it and taken control of my life. Now, I cause the pain. I make people break and beg for their lives, as I decide their fates. She comes into my life, like a stiff punch to the gut, making me question everything I once believed. She belongs to my brother and it goes against everything to take her from him. However, I don't want to take just her. No, I want them both. Can my club handle it? Can he? Because she already loves me... MFM/HEA/No Cheating 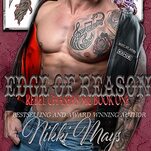 Edge of Reason by Nikki Mays, DUET with Dom Jonson
Ryan “Edge” Stanton has everything he could want in life. Looking from the outside in, one would think his life is perfect. However, the one thing he wants and needs most in his life always seems to be just out of his reach. But Edge is a man with a plan who is willing to wait for the woman who has owned his soul from the moment he saw her.  Kealy Abbott has come a long way after getting out of an abusive relationship. She’s living a fulfilling life. Even if it is a bit lonely at times, until a very large and intimidating man wormed his way into her life and her trust. Too bad she’s too broken for a man like him. Or so she thinks.
PARANORMAL ROMANCE 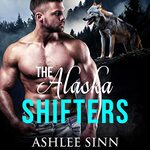 The Alaska Shifters by Ashlee Sinn, DUET with Dom Jonson​
(SIX BOOK BOXED SET)
Find out why this audiobook is causing a viral sensation! The shifters of Alaska are facing a brand-new world where they can no longer live in the dark. Books include:  Lured by the Bear , Tempted by the Tiger , Caught by the Cougar, Desired by the Bear, Wanted by the Wolf , and Charmed by the Coyote.
​Check out the ASMR sound effects.  Trigger Warning - This book is particularly graphic. 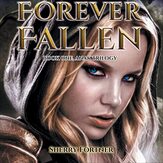 Forever Fallen by Sherry Fortner, SOLO
Annie Hayes is living a nightmare. Something dark and sinister stalks her. When a handsome new stranger shows an interest in her, Annie is torn between an instant attraction and a paralyzing fear that something is not quite right with this outsider. Nightmares become her reality as she is hunted by dark creatures. Annie is swept up into an ancient war as the Dark Ones pursue her and the Magnificent One protects her. 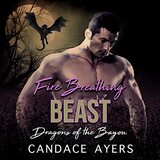 Fire Breathing Beast by Candace Ayers, SOLO
Sky Broussard has spent the last nine years of her life fighting for custody and raising her nephews. She’s had zero time for indulgences like romance. No worries, she hasn’t been interested in the opposite sex for a long time. Not until she meets the snarling, growling, hotter-that-an-inferno hunk who caught her nephews trespassing. Too bad he’s off his rocker. Seriously. He thinks he’s a dragon, calls her his mate, follows her home, and refuses to leave her side.  This is the first book of Candace Ayers' latest series, Dragons of the Bayou. This book introduces the series, the setting, and a few of the characters thereby priming the stage for subsequent shifter romances set in the swamplands of the deep south.
ALSO Books 2-6: Fire Breathing Cezar, Fire Breathing Blaise, Fire Breathing Remy,  Fire Breathing Armand, Fire Breathing Ovide 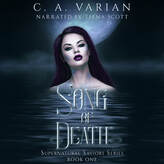 Song of Death by C.A. Varian SOLO
When her sister drowned, Azure Galanides was given a choice: sell her soul or let the child die. The decision was simple, and Daneliya lived, but the consequences were worse than she had imagined. Azure became a slave, turned into one of the Sea Goddess’ murderous mermaids. From caregiver to killer, regret became her constant companion, and hope was a long-forgotten stranger. She didn’t deserve redemption. At least, that was what she thought until she met Elios.
FANTASY ROMANCE 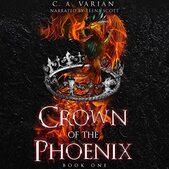 Crown of the Phoenix by C.A. Varian SOLO
Septima Vesta did everything together—including fleeing the only home they’d ever known to escape the dreary fate their father had arranged for them. When their jaunt through the dark forest that surrounded their home leads them to another world, they find themselves amidst a sea of new friends.  Will both of them also find love or will the viscious war that is raging keep them apart.
​CONTEMPORARY ROMANCE 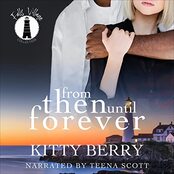 From Then Until Forever by Kitty Berry, SOLO
Welcome to Falls Village....My body is not something I take pride in or have any desire to work on. For a long time, I didn’t have a reason to care about my looks.  I’m a single mother who has thrown myself into keeping my family’s store from falling victim to economic hardship. I have good friends, and my small town has been supportive, but there’s always been something - or should I say someone - missing. I let the only man I’d ever love leave Falls Village years ago. And I kept a secret from him.  But can he forgive me for what I did? Or will my hang-ups cause me to be alone...from then until forever? 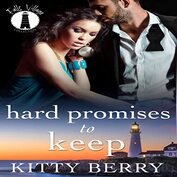 ​Hard Promises to Keep by Kitty Berry, DUET with Dom Jonson​
Ten years ago, I was on my way to becoming a man. and running my familia's interests.  She was still a girl. I was on vacation when my whole world shifted. She was oblivious to her effect on me.
Butterfly.
That’s what I named her. Now that I’m back in Falls Village to claim what I was forced to leave behind. Fate stepped in and provided me with an opportunity.  She ends up being my Compatible Companions. I give her the summer to accept our BDSM Contract and be mine. 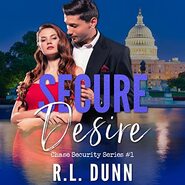 Secure Desire by R.L. Dunn DUET with Dom Jonson
Will Ian and Cassie get their second chance at love, or will her secret destroy them both?  Former Navy SEAL Lieutenant Commander Ian Chase, owner of  the private security company, Chase Group.  has a chance meeting with art historian an undercover FBI Agent, Cassiopeia Ellis.  He's even more drawn to this enigmatic redhead than the first time he met her. As an agent specializing in uncovering stolen art, Cassie is plagued by nightmares and fear surrounding an unfathomable trauma she sustained six years earlier—The problem? She's repressed her memories of the crisis she endured that night.
DARK ROMANCE 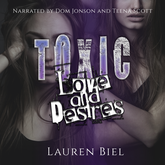 ​Toxic Love and Desires by Lauren Biel - DUET with Dom Jonson
How toxic and love really be? Meeting Aaron was the biggest mistake of my life. Not the addictions or my career choice, but the man I chose to marry. He wanted men to hurt me so he could ride in on the white horse to rescue me and take me away from the person he commanded to cause me all the pain in the first place. He was no hero. No white knight.  Ryan was fiercely protective from the moment he laid his eyes on me. His dark confidence was more intoxicating than any drug, and I found myself wanting more of it. Even though he saved me, I was still fractured. Broken. . He was my savior. My hero. At least, that’s what I hoped he’d remain. Every Trigger you can think of is in this book.
SCIENCE FICTION ROMANCE 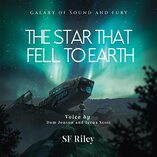 The Star that Fell to Earth by S.F. Riley, DUET with Dom Jonson
I used to tell myself lots of things: I’d be a successful musician; I’d perform with the most prestigious orchestras around; camping trips were boring; and aliens weren’t real. But life had other ideas.
EROTICA NOVELLAS
​ALL DUETS with Dom Jonson​